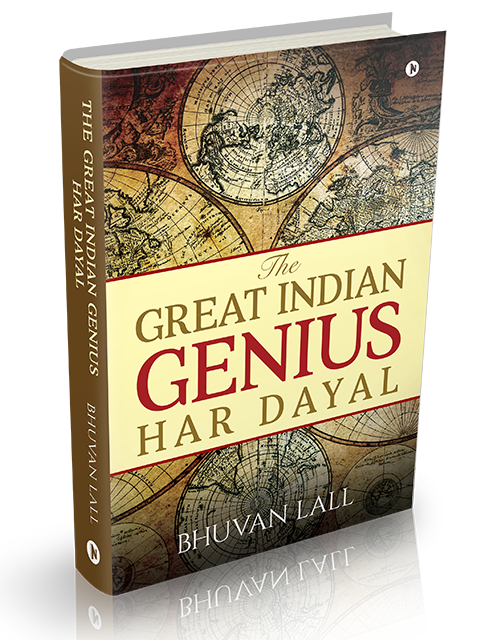 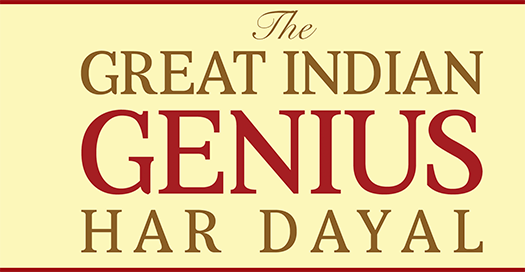 This is a lost episode of Indian history. Before Bose, much before Nehru and even before Mahatma Gandhi…there was Har Dayal. 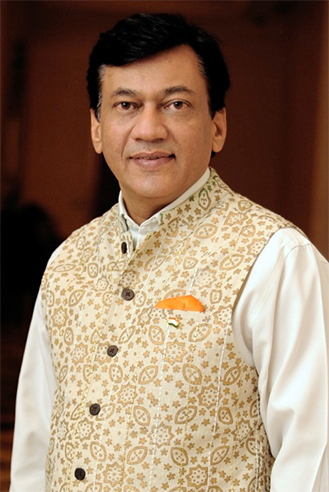 Dr. Bhuvan Lall embodies global cultural exploration and innovative spirit that characterizes the entertainment industry at its best. In a career spanning 30 years over 3 continents, Dr. Lall has enjoyed a wide range of top-level decision making exposure and risk-taking experience in the creative and corporate areas of the entertainment business.

Focused on creating global content with an Indian soul, Dr. Lall has produced 2 artistically acclaimed feature films, 35 documentary films, 25 world-class events including the multi-million dollar ‘India Splendor 2007’ in Los Angeles and an international TV series – Chance of a Lifetime. In addition, Dr. Lall has held leadership positions as the President of a multi-billion dollar Indian conglomerate in Beverly Hills, California, USA for six years and as the Executive Director of Indian Broadcasting Foundation he established the largest trade body in the Indian media sector. He was the Senior VP of a TV Network, Member of the Board of Directors of entertainment companies and operated a world media-consulting firm advising the top names in Hollywood, Europe and India.

A much sought after speaker since the publication of his first book Dr. Lall is also a popular motivational speaker who offers inspiring talks about leadership and heroism to select audiences speaking about the heroes of the Indian freedom movement from Lala Har Dayal to Netaji Subhas Chandra Bose. His domain area covers the entire European colonial period from the first sighting of India by the fleet of Vasco Da Gama in May 1498 to the end of European imperialism in India in December 1961. Completely fluent in Hindustani and English, Bhuvan Lall normally delivers a dramatic and powerful narrative in about 45 minutes followed by 15 minutes of questions and answers. Dr. Lall’s talks are intended to inspire audiences and convince them to take positive action. Dr. Lall appears as an entertainment industry economist and author on TV and Radio networks globally and has lectured at Universities worldwide including UCLA, UCR and USC.

In 2019, Dr. Lall has been bestowed with the Honorary Degree of Doctor of Philosophy, honoris causa (Ph.D.) by the Jharkhand Rai University, Ranchi, India. Dr. Lall graduated with a first-class Master’s Degree from Jamia Mass Communication Research Centre in 1988. His documentary film won the ‘Desmond Doig Award’ for the best graduation film and his science fiction short on nuclear war ‘Killing a sunrise on a full moon night’ was awarded the highest marks for scriptwriting and direction. Dr. Lall additionally attended advanced courses in entertainment studies at UCLA.

Loved your work cant wait for your next book.

Its an epic love story

Could take my hands of your book.

I would want to read more of your work

Loved your style of writing I felt connected.

Please let me know as soon as you write your next book cant wait to pick one.

I loved your style of writing it felt so real . .

There should be more rom - com authors like you. Everyone should read your work.

Bought your novel online and thats the best work I have read so far.

Read your sample pages cant wait for my book to arrive.

A must read book for sure.

Read your work online on Amazon it was worth my time. A very strong recommendation for everyone.

Dont stop writing what an amazing book. I must admit.

Heard a lot about your work and I must whatever is said so far is quiet true. Loved your work

Would love to see your work to be published into a movie it is worth it.

Magnificent style of writing its the first of its kind rom com so far. Love Love

Keep writing more love stories like this as its is a after a very long time some has written such beautiful story. 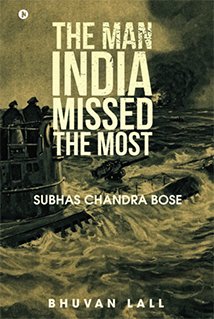 The Man India Missed the Most

On an afternoon in the summer of 1944, the British and Japanese warplanes screamed across the peaceful skies dropping death over the dense jungles of Imphal and Kohima along the India Burma border.
On the frontline there was no time for fear.
Half a million men from all corners of the world were locked in one of the bloodiest battles of World War II. Firmly holding the tricolor, the Indian National Army advanced with the war cry “Delhi Chalo” (Onwards to Delhi). Their military objective was India’s independence. And their leader was Subhas Chandra Bose. With shells blasting, guns blazing and blood flowing, this was the defining moment of his life. He was the solitary Indian nationalist to confront the mighty British Empire on the battlefield.
A man of extraordinary will, Bose had embarked on death defying journeys for his motherland’s freedom across the treacherous mountains of Afghanistan, threatening waves of Atlantic and Indian Oceans, tortuous jungles of Burma – pursued by assassins and the spectre of death. Faced with impossible odds, he was determined to triumph over an undefined future with courage, dignity and honor. Bose had become the stuff of legends in his own lifetime.
And he was ‘The Man India Missed the Most’.
Soon to be a Feature Film and TV Series. 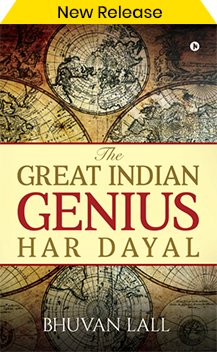 This is a lost episode of Indian history. Before Bose, much before Nehru and even before Mahatma Gandhi…there was Har Dayal.

On the morning of December 23rd, 1912, a powerful bomb targeted at the Viceroy Lord Hardinge exploded as he entered the new capital city of Delhi. Though the assassination bid failed it brought back the spectre of the Ghadr of 1857 and challenged the might of the British Empire. The British Secret Service connected the bomb outrage to the brain of Har Dayal (1884-1939) a former Stanford University lecturer based in San Francisco.

The history of the Indian freedom struggle has produced no greater enigma than this heroic leader. Har Dayal was the architect of the largest international anti-colonial resistance movement - the Ghadr Party, with its nerve center in California. His mission was to destroy the British Empire by an armed revolt and his weapon of choice was the colossal power of his intellect. Cerebrally light-years ahead, Har Dayal a super brilliant scholar at Oxford and St. Stephen’s College was eloquent in seventeen languages and an author par excellence. Exiled from India for life Har Dayal became Ghadr personified.

This gentleman revolutionary was the first Indian to teach at American and Swedish universities and an extraordinary mix of an Anarchist and a Pacifist, a Sanskritist and a Rationalist, a Marxist and a Buddhist, a Feminist and a Humanist as also an ultranationalist and an internationalist. For millions who sought to emulate the quintessential Dilliwallah, he was The Great Indian Genius. 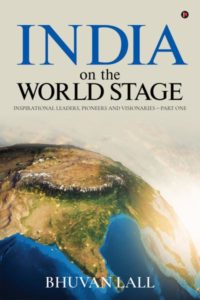 India on the World Stage

Today the world awaits India. We can influence the whole human civilization just as we have been shaping it for thousands of years. In this collection of biographical sketches, we visit the lives of incredible women and men who have successfully positioned India on the World Stage.

These iconic personalities can inspire the modern generations to break barriers, create an equitable Earth and dream of a better future

If you'd prefer to email directly, or want to send a picture or file, please write to writerlall@gmail.com this website's address.

Thanks for your message! We’ll be in touch soon.

Experience the sample chapters for free 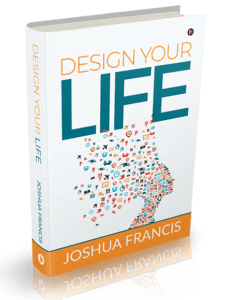